Things From My Journal I Forgot

I've been reading through old journals lately.  It's interesting to me how it can make me see how much I've changed and how much I'm exactly the same simultaneously.  So strange and at times frustrating.  Anyway, here are some things from today's reading that I was reminded of.

Best Pick Up Line Ever: "You want a hot sausage in ya darlin'?"  From the sausage vendor at Camden market.

Kid to Dad: Let's go to the gift shop!

Dad to Kid: You don't have any money

How I get through my day 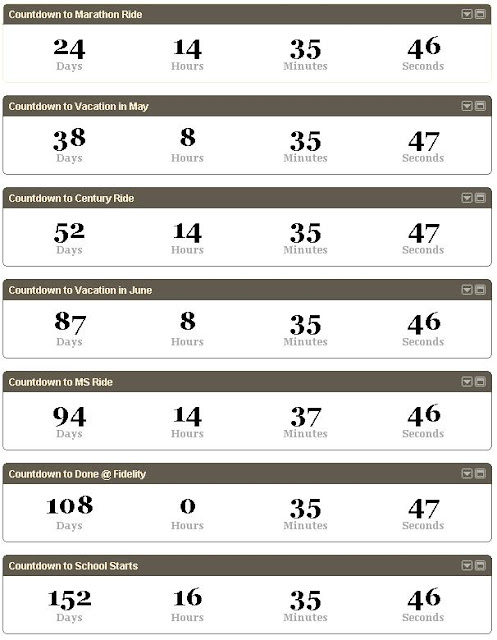 Somehow, animals find their way to our house. First, there was Larry. A sad, sick little kitty that was badly neglected. I picked him up a few blocks away and carried him home. We gave him some milk and tuna before calling his owner. When she came to pick him up, she swore that Larry was just the sad runt of the litter who wasn't as perky and vivacious as his siblings. But an ear infection and worms seem like things that Larry shouldn't have to fight off on his own. They clearly hadn't taken the proper measures to fix such simple problems. I told her where to take him for good, inexpensive care and I wonder if she ever did. Oh Larry.


Homer. How does one describe such a beast? Homer's stay at our house was the result of a long and frustrating morning. On the last day of puppy sitting him and his infinitely better-behaved sibling, Calliope, the aforementioned devil found his way out the front door. No problem. He was just across the street so all I had to do was walk over, grab him, and walk him into the house. When I got close to him, however, he darted. I chased him around the back of the house. No problem. The yard was fenced in so it was just a matter of cornering him. He disappeared. How he managed to dissolve into a million pieces, breeze through the fence, and regroup on the other side is a mystery to me (and likely a miracle most physicists would die to see). After searching for an hour, I went home. The weather was chilly and wet and I was tired of running around. An hour later (after many visions of him being hit by a speeding car on Foothill), I came back to find him perched on the front stoop. The problem? In the shuffle after his escape and my ensuing foot chase, I lost the key to the house. So there I was, dog in hand and no way to put him inside. He came home with me for a few hours until I realized I could toss him (gently) over the gate and put him in the outside dog run. I haven't puppy sat since.

Sam found me as I was walking into my house last week. I was sick and carrying more than I could handle. Out of nowhere, he jumped up and gave me a series of quick licks on the face. I fell in love instantly. He was cute, puppyish, and generally just adorable. As I live near a quite busy road and saw no dogless people around, I brought him in. I could not hold him because of the stuff in my hands so, after he darted in the building, it took some coaxing to get him headed the right direction. I called his people and they came to pick him up about twenty minutes later. In the meantime, he had a nice drink, played with a new toy, and cuddled with Ben. 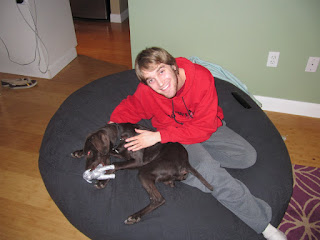 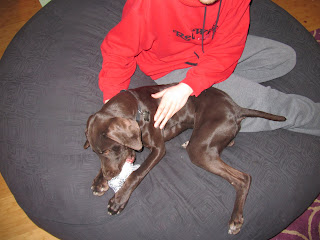