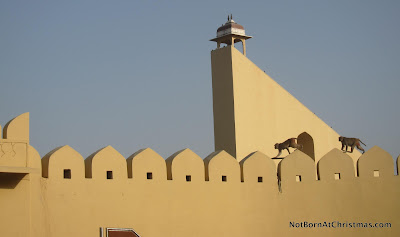 Now that my time in India is nearly over, I suppose i should write about my first few days here. After a hectic first day in Delhi, the German boys and I learned that, while the trains were nearly impossible to book (leading to fears we would never be able to leave Delhi), buses to Rajasthan were much easier.

The journey from Delhi to Jaipur the next day was about seven hours. Despite my familiarity with chaotic London commutes, I was not prepared for the way they drive here. Not only do the buses swerve in and out of traffic with a fearlessness parallel only to that of teenage boys on speed bikes, they do it while constantly blaring their horns. I've learned in my time here it is best not to look at the road in front of you. Take in the views to the side, read a book, attempt to chat with your friendly-but-non-english-speaking neighbor - who may or may not take your postcard thinking it is a gift lol! - but just don't watch the driving. Consider yourself warned!


Our hotel owner - the same guy who, the following day, would lead one of the most bizarre yoga classes I've ever witnessed - picked us up at the station, which felt like quite the treat. The rooms were incredibly luxurious. Most definitelly out of my price range but for one night I made an exception. Mostly I was just too tired after the journey to go searching for a place. It worked out well though as the next day they let me put an extra bed in the boys' room for less than 1/3 of my price the first night. Win!!

Highlights of Jaipur included our rooftop restaurant and Jantar Mantar. We arrived absolutely starving the first night and were blessed with the presence of a perfect rooftop where I devoured a massive pile of fresh fruit and a bowl of chickpea salad - dressed with nothing but salt and lemon juice - fantastic!!! The Germans were great company and we stayed up on the roof for a couple of hours- mostly the dark as the restaurant people shut down around us - and had a grand time teaching each other words and phrases in our respective languages and laughing about our India experiences. The following night on the same rooftop we met a big group of foreigners who had all met in India to take a crash course in English. We also met two British boys who I would run into again multiple times in Udaipur.

The next day, after an eye opening visit to the railway station for me and an unintentionally long walk to the city center for the boys, we met at Jantar Mantar - India's (and they may have said even the world's) biggest sundial. Well actually it is a collection of massive solar instruments used for all sorts of measurements. It was fascinating to see how, by shadow alone, you can tell the time on any day of the year accurate to 20 seconds (ok, ok, only the sunny days of the year), the altitude and angle of the sun, and the current astrological period. Twelve of the instruments are used in a complicated fashion involving several readings, measures of degrees, a big book, and a star reading at night to generate horoscopes specific to individuals based on the minute of their birth. Not only an intellectually fascinating place, but one that is quite aesthetically pleasing. The brightly colored sundials rise from the ground in beautiful arcs as they catch the sun. The astrological tools scoop into the ground in giant fans of white marble. And most importantly the star sign instruments provide a place to take cheesy tourist photos :) - bonus points: the current sign was still mine, Pisces. 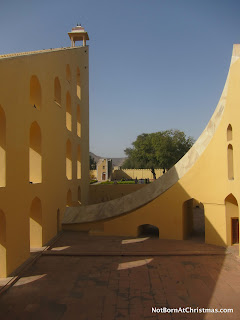 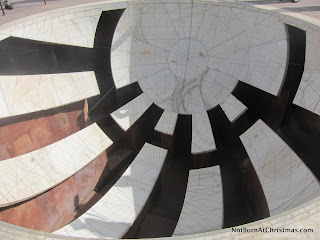 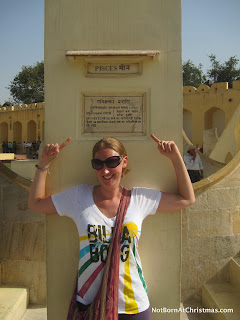 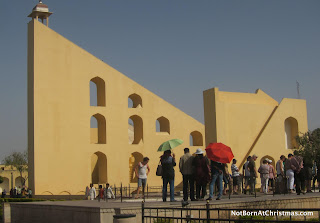 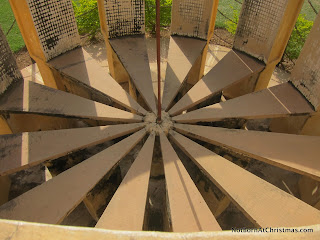 As with everywhere in India, the peace and tranquility of these places is heightened by the stark contrast of the hectic streets surrounding them. These oases provide a much needed break from the constant stream of rickshaws and pushy stall vendors. To be fair, these are some massively touristy places which are inherently chaotic and irritating. If you can learn to convincingly and yet kindly say no over and over and over without succumbing to the relentless appeals to lighten your wallet, you have arrived in real India. My biggest wish here is that I wasn't white and blonde so I could blend in with the crowd to observe life rather than have it thrust at me. But I digress. There will be time for reflections on India as a whole in a few days. Now onto Udaipur!
at Friday, March 30, 2012