Every year at this time the British Commonwealth observes a two minute silence in honor of the sacrifices of soldiers and civilians in times of war. Remembrance Day, as it is known here, was formerly Armistice Day and in the US is known as Veterans Day. Now I don't know about you but in my home state Veterans Day was something recognized mostly by the military. Perhaps we might notice more movement at Fort Douglas that day, unsure of what they are up to. Or we might see on the news that night that a moment of silence had been observed while we listened to our ipod or ordered our hot chocolate in a bustling cafe earlier that morning. I know there are some of you who remember this holiday, but of those I know the observance is usually driven by a military link. Perhaps your brother served in the Coast Guard (cheers to you bro!), your grandpa fought in a world war, or you know someone currently deployed. In England, however, there is a three week build up to this day when poppies start blooming on lapels all over the city. Politicians are wearing them on the tv, professors in school, and little old ladies out for their morning walks. But it isn't just those who obviously lived through wars or have a professional desire to show solidarity. Everyone wears them. And at 11am everyone will sit in silence to reflect on those who suffer in war. The moment will be broadcast live from Whitehall and observances will take place in several major public locations such as Westminster.

I began writing the previous paragraph to tell you a little about the activities today but as I typed "Westminster" I started feeling ridiculous for being so close to them and not actually participating. At 10:20 I packed up my laptop and made my way to Westminster. As I approached Parliament Square, the poppies proliferated. Hundreds of people were trekking through the drizzle to find their spot. I wasn’t really sure what to expect and had no idea if whatever was going to happen would be in a central location or if it was just near the cathedral in general. I followed the flowers and ended up outside the gates of the Abbey. Within the gates of Westminster, a group of military men and women (along with a few tiers of press) waited patiently until the prince arrived. “You only ever get Phillip” the gentleman behind me told his wife with a sneer. Nonetheless, it felt valuable to be participating in something of enough importance to require the presence of at least a token royal. A trumpet solo of what I assume is The Last Post, based on some of my internet readings, was played and ended at the commencement of the bells of Big Ben. Up until this point I was being josteled a bit on all sides as people made their way past me on the sidewalk, and I could barely hear the speeches that were given because of all the double-decker busses two feet behind me. But as the bells began everything stopped. I looked over my shoulder to see that the entire square had been mysteriously closed to traffic what could only have been one minute prior. The whole square was still. I wish I were a writer so I could explain the calm that came over me at that moment. There was something so safe in that space.

As the bell echoed through the square and the rain sprinkled our faces, I thought about the lives of those I know and love who have been impacted by wars. Without expecting it I became overwhelmed by emotion. There is a reason that citizens demand to have this moment every year. In that two minutes I moved through sadness, anger, bitterness, love, and hope and I saw that it is necessary to take time, even if just two minutes a year, to reflect on what we have experienced, where we have come from, and where I can only hope we are going. I recommend you do it sometime. It will make your day. At the end of the two minutes another trumpet quietly played Reveille to bring us back to the present moment. A few lingered to watch a bit of pomp and circumstance but most of us filed our way back to whatever tube station we came from and resumed the course of our day, hopefully a little more aware of why we have the chance to live them. 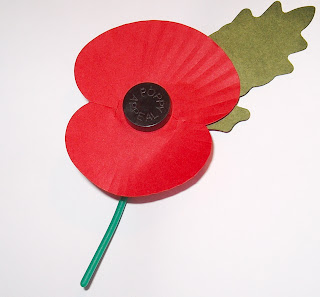 Noelle this is a beautiful post. I hope we can all remember the sacrifice of those who give their lives to protect us.