Cupcake Shmupcake, Give Me Summer Pudding! 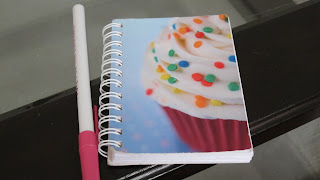 For the last three weeks I have been carrying around an adorable, cupcake-themed notebook to record any funny/interesting/ridiculous things that may cross my path. I used to do this at home to remind myself about the little things that made me laugh/think/smirk respectively. As with the blog, I haven't been very good at documenting these things because, well I really can't give a good excuse. In the vein of my renewed dedication to y'all, however, I kept it handy today. I will share what I have so far: