When I was wandering around Rome last week (I know I should be literary and say roaming around Rome but that's too predictable), I came across the book Tony Cragg: Nothing But Material.  The main reason it caught my eye was that it was the only English title in a sea of Italian.  He's a native of Liverpool so I was accidentally getting some British culture while abroad.  Being an especially tactile person (I have an egg of silly putty in my bag all the time these days) I appreciate the concept of sculpture that begs to be touched.  At the back of the book was an interview with the artist.  Here's a part I thought was interesting:

Q: Do you believe that the material also has a spiritual dimension?
A: In a certain sense.  Although man tends to consider it only in its utilitarian dimension.  Utilitarianism is the greatest censor of our reality because only useful things survive.  Only science and art can test new materials without submitting to the tyranny of function and consider them what they are, aside from their possible functions.  (Italics added by me. I liked the way he put that and the notion of experimenting with material strictly for the purpose of experimentation, not to try and discover a possible use.  The underlining also added by me, I liked the phrase a lot.  To me it emphasized the fact that every artist faces a potential trap when they begin with a material because it is already associated with a certain function; potentially with a preconceived form.  Tyranny just felt like a great way to emphasize that.  Hey, I like words and get excited about small things such as this.  I warned you from the beginning!)
In another section he says: "I consider the material to be an extension of ourselves, something surrounding us and taking form through the function given it by man: furniture, clothes, cars."
Check out some of these pics and tell me if you would be able to resist the urge to touch the sculptures.  I certainly wouldn't be able to.  (Click on the pics for bigger images) 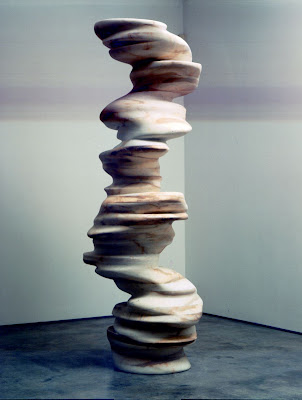 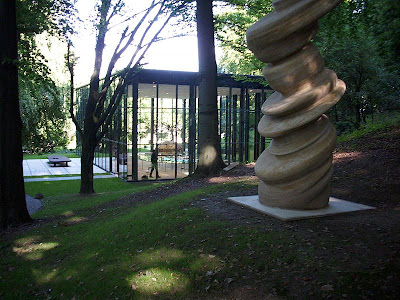 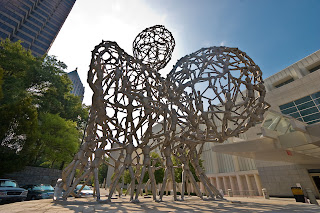 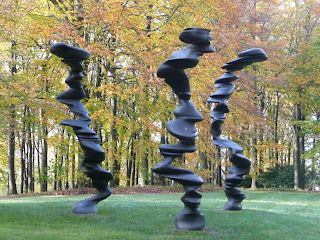 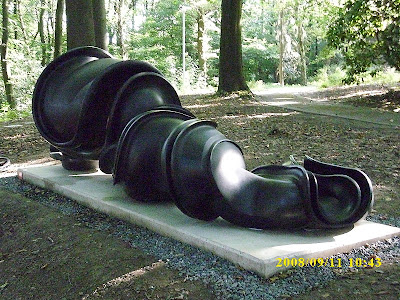 (As a weird and interesting side-note, likely of little interest to you but quite exciting to me...he moved to Wuppertal, Germany at one point, a place I wouldn't know except that it was used in the filming of the Princess and the Warrior - a German film I love.  The train they ride in it is an overground but one that hangs from a beam rather than rides on rails and I was so fascinated by it in the movie.  I spent a lot of time trying to figure out where that train was.  That was years ago!  I was really happy to see Wuppertal in this artist's biography.  Now I have a renewed interset in visiting that city as his sculptures are all over the place there!)
at Saturday, October 30, 2010