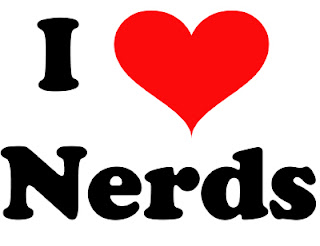 I really do.  Perhaps it ties to my love of books, literature and words.  Perhaps it is because nerds often don't realize how cool they are which makes them even cooler.  Perhaps it is because I was raised by two big nerds (one a book nerd and one a number nerd).  Whatever the reason, I find myself happiest when I spend time discussing books (from Gaiman to Flaubert), playing video games, debating the issues in the latest copy of the Economist, sharing new and exciting excel formulas, or participating in the world's most epic word game (involving disgusting amount of puns and inside jokes) with nerds.


This week I went with Aby to Guerilla Burger, a really amazing burger joint in Marylebone (apparently it is becoming a tradition because we did the same thing last week).  Two couples were seated next to us.  One sex couple and one nerd couple.  The sex couple were all sultry-eyed and grabby and ramped up and that's great, don't get me wrong but it seemed like all they really shared were lusty stares and upper-inner thigh caresses.  The nerd couple, on the other hand, laughed and debated and made the eyes at each other that said "god you are turning me on with your brain so much right now!" (and yes, they were both really hot so they had the brains and the sex.  Again, nerds rock!)  Observing these two only served to further my conviction that I only want to be around nerds.

The two best things about being in a nerd couple are: the times your boyfriend says something so witty/intelligent/observant/nerdy that it takes all your power not to overturn the restaurant table, grab him by his collar, and kiss him with the most honest kiss you've ever kissed.  The second is when you say something really witty/intelligent/observant/nerdy (even better if it is a fantastic euphemism) and get to see that look in his eyes that says "it is taking all my power not to wipe the plates off this table and make out with you on it in the middle of this restaurant."

Some of my Favorite Nerds 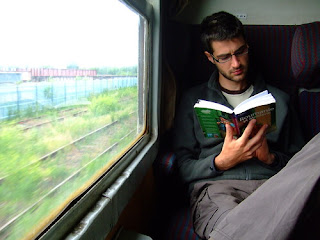 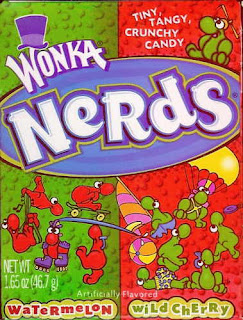 HA! You make-a-me-laugh. You're pretty nerdy, I must say. Super tangy ;) And yes, I do have to say I've had some of my nerdiest nerdiness with you. PS I think you should watch the play "Into the Woods." Granted I've only seen the first 20 minutes but they were clever ones. I particularly enjoyed the phrase, "The woods are just trees. The trees are just wood." HA! Miss your noodliness :)