Yesterday I had a lovely afternoon.  I was missing E so I decided to do the few things I know she enjoys in the city.  First I had a cup of hot chocolate and a pan aux raisins at the Maison Blanc. The pastry was so authentic and delectable.  The raisins were absolutely perfect; not thrown on the top at the last minute and left to burn (though crispy raisins have their place in life) and not too mushy either but just that delicious amount of plumpness surrounded by layer upon layer of crispy, buttery pastry.  The hot chocolate was mild enough to leave me wanting more but in the good way.  Often I will drink chocolate and be overwhelmed by the flavor before the end of the cup.  And most annoying is when the last couple of sips are all thick with the chocolate that settled out.  Ok ok, Alex, I hear you "The super concentrated stuff is the sweetest and most delicious.  Like the powder at the bottom of Fruity Pebbles," but here our opinions differ.

After my treat, I walked down to the west-side entrance of the park.  I hadn't been so far up that side of the park yet so I immediately saw new gardens, ponds, and secluded seating areas.  I meandered over the hidden bridges-taking pictures of flora and fauna along the way-and found myself in the huge open field north of the Inner Circle.  The weather was gorgeous so I found a spot in the middle grass near no trees or benches and laid down to watch the clouds. Perfectly peaceful.  I took a minute to just soak in the surroundings and really let myself believe that this is my new home.  I get incredibly excited when I think that I can wander through that park every day if I want.  Eventually that feeling morphed into one of sweet contentment which I basked in for a moment. 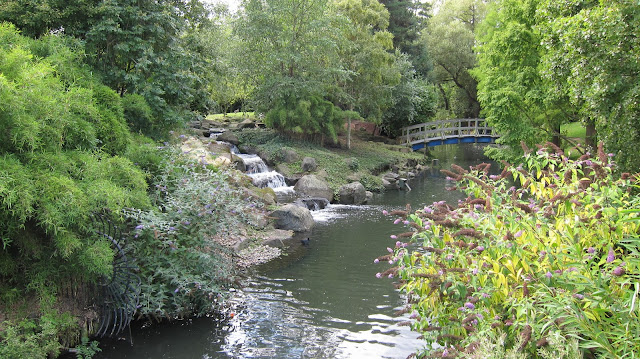 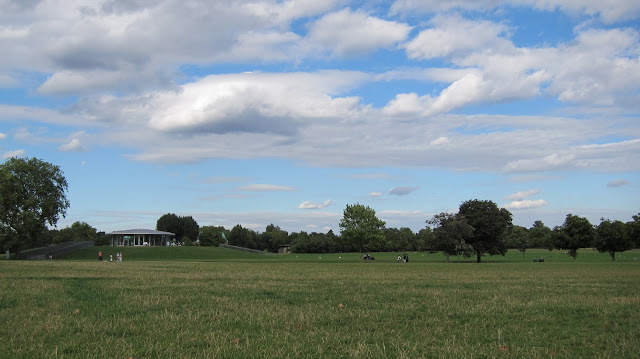 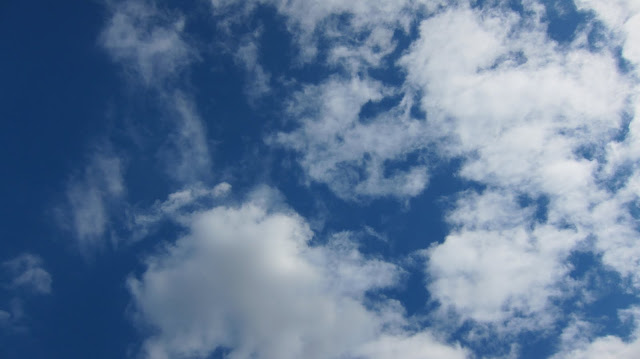 From there I cut through to the Inner Circle and into the Queen Mary's Garden.  Prior to this trip I tended to walk through the southeast part so I turned due North to see what new things I could find (after snapping some shots of a beautiful orange and pink rose of course).  The rose garden is in between blooms at the moment.  The first phase has mostly died off but the buds are in place for a brilliant second wave.  I'll send you pics as soon as it happens.  On my left was a finely manicured garden full of pink and purple flowers which surrounded a statue.  The area was roped off to prevent damage but it was open enough I could see the whole area.  The amount of work that goes into this park astounds me and even though the weather has been hot and dry it was clear that someone spent hours of time keeping it watered and loved. 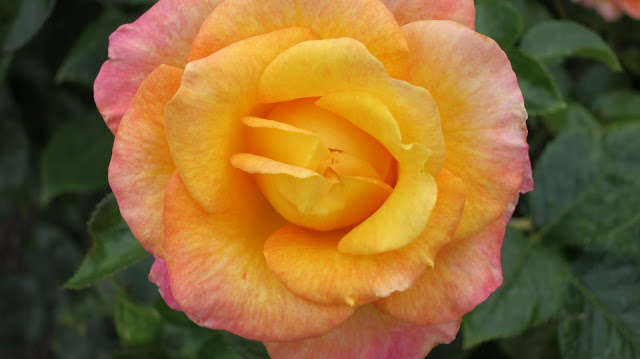 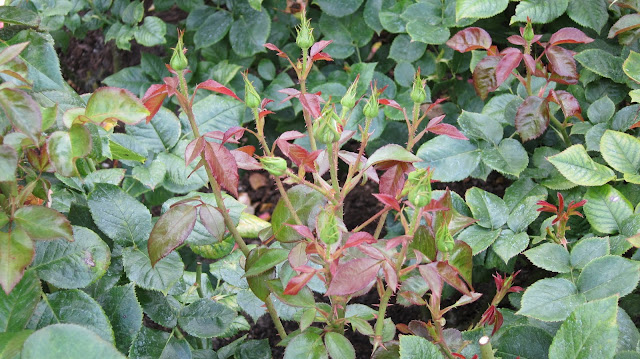 At the top of the north-heading pathway was a really cool fountain.  In the middle is a well built guy, I am presuming a god, probably Poseidon as it was sea themed, who was blowing into a horn out of which the water sprayed.  He wore a towel that was hanging just two inches below the falling off phase which seemed to me to be a waste of extra bronze.  Why put a towel there at all, I ask?  Two topless beauties clung to his sides with expressions somewhere between fear/awe and sexual arousal (the look men are probably always hoping for in reality). 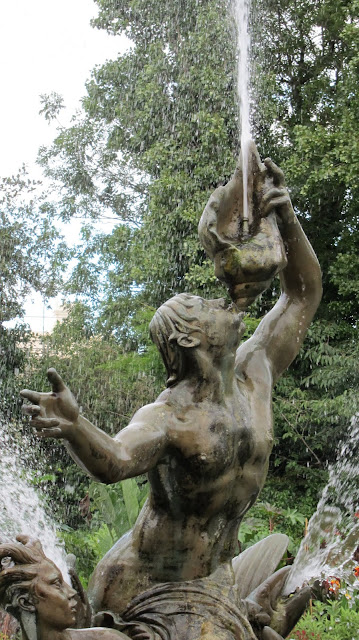 To the left of this area is the entrance to the open air amphitheater. The current production is Into the Woods. I was hoping to be able to watch rehearsals or see the set at least but it was locked up.  So I walked across the path to what seemed a lovely little hidden garden area.  The flowers were in their prime and the bees were going nuts about it.  I took some close-ups of the blossoms and some came out really well.  The new camera really is carrying it's weight when it comes to doing what I hope for it to do. 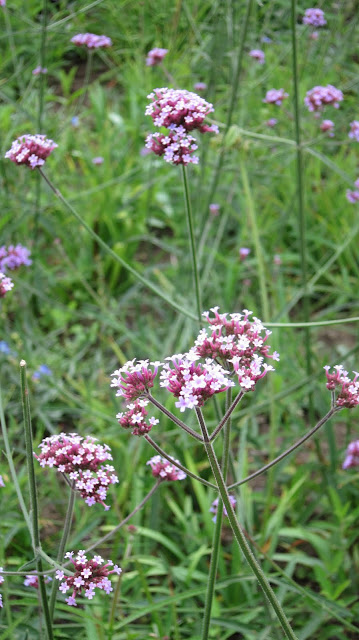 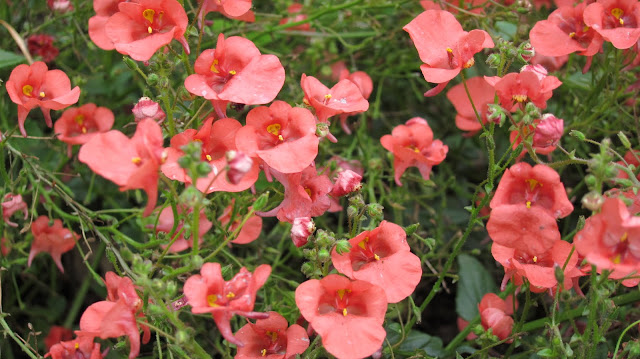 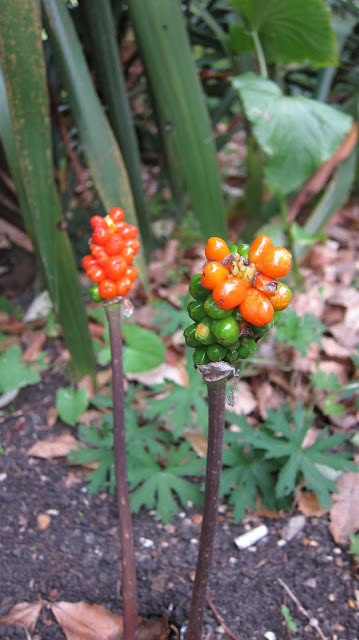 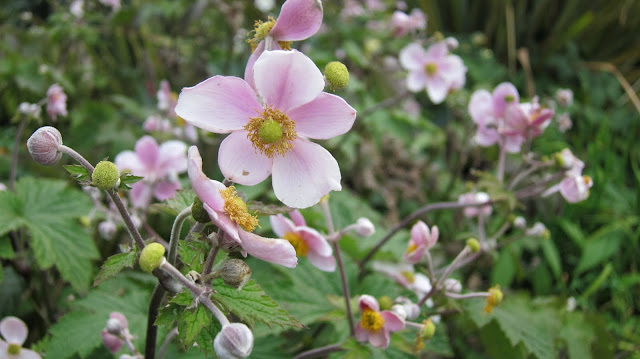 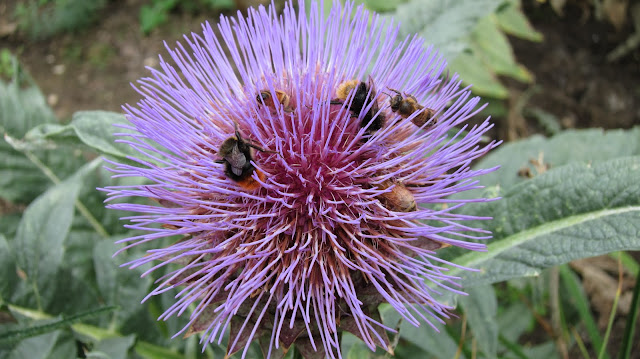 This garden led into another more open garden cram packed with hundreds of species of flowers.  A couple was there having engagement photos taken so I didn't spend much time lingering before I moved on.  I did manage to get a picture of the buds on one of the flowers so i can go back in a couple of days and show you the before and after.  The flower was so full of buds starting to hint at their pink potential. 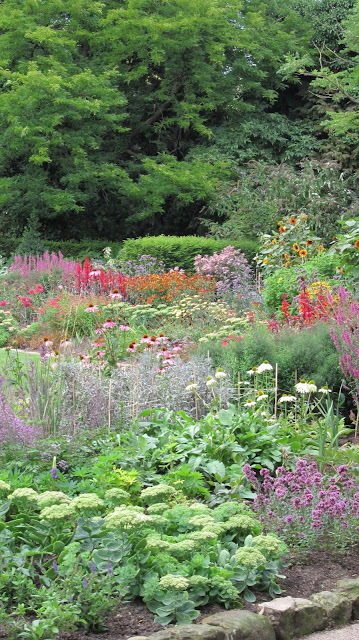 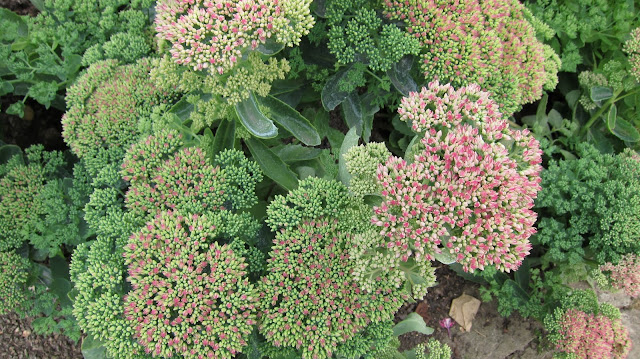 The last section of the park covered some ground I had seen before until I got to the tiny island in the middle of the pond.  I had seen people on there but wasn't sure exactly how to get there so I spent some time finding the way in.  It's mostly just an island for the birds and other wildlife to spend the day on but it is also well-maintained and quite artsy and cute. The bridge out of the park is just across the path from there so I walked across and took some shots of the flowers along the way. 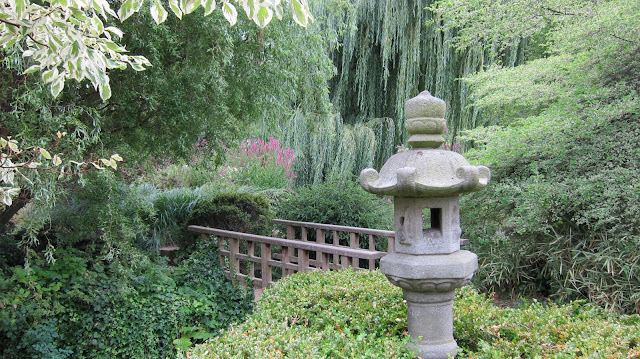 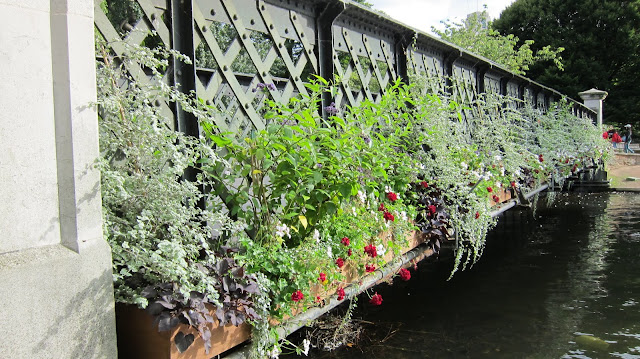 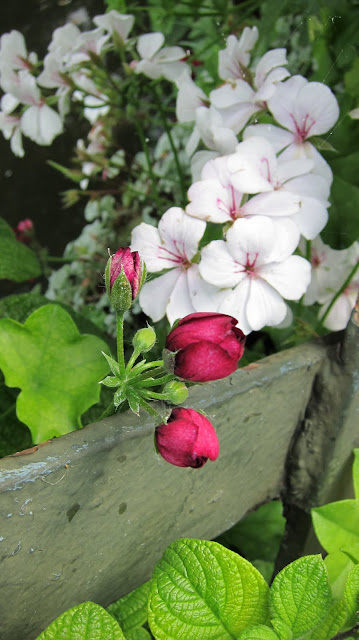 Reasonably, the only place that made sense for dinner at this point was The Volunteer.  This pub is close to the park and is one that Erin has been telling me about for years.  I was meant to go and have dinner along with a Fruli to top off the day.  Sadly, the Fruli was not working yesterday so I had to settle for a cider.  Sad day indeed.  For dinner I ate the spinach, lentil and potato burger.  I had the same burger at the Sun in Splendor last week and was quite excited about it. The patty is massive and then they dress it with salsa and sour cream (one of the worlds most amazing combinations).  A lovely end to a lovely day!!!!
at Thursday, August 19, 2010