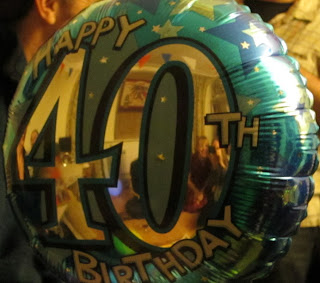 People often ask me why I moved to England.  My response is always, "I've wanted to live here since I was 15."  More specifically, I have felt at home here for many many years for many many reasons, not the least of which being my family.  We call each other cousins because that seems the easiest way to avoid having to give any in-depth explanations of our shared genetics (probably because the majority of us don't really know the actual answer, much to our mothers' disappointment).  Despite having grown up a world apart I always feel at home with them.  Everyone is kind and generous and all that good stuff, but more than anything they are funny.  Smart-funny.  Smart-funny and silly.  A combination that makes for the kind of laughter that hurts your sides.  I love spending time with them!


This week marked the 40th birthday of one of ours and to celebrate, Cathy threw a surprise party.  Apparently Doug had some inklings about the actual surprise part of it but good times were still had by all.  We drank to his health, sent off a floating lantern in his honor, and were mesmerized by the balloons that Julie brought (aka "stole" from Tesco accidentally wink wink nudge nudge). 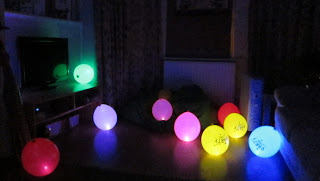 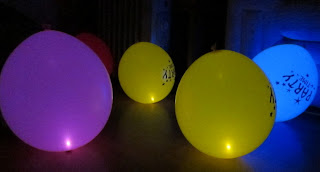 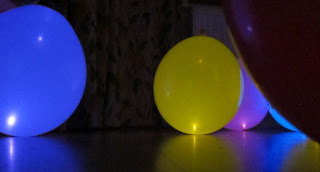 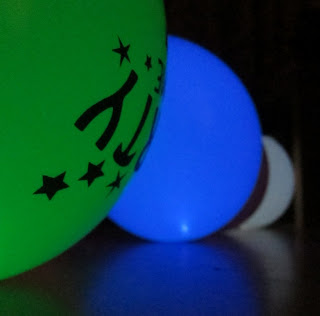 It really was about balloons last night.  Julie found these amazing lighted balloons at Tesco.  We couldn't get enough!  Ok, maybe it was just me that couldn't but I mean really!  Look at them!!!  How cool!! 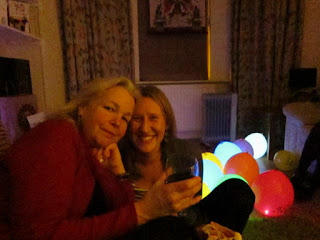 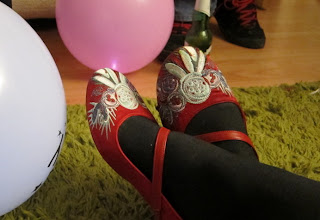 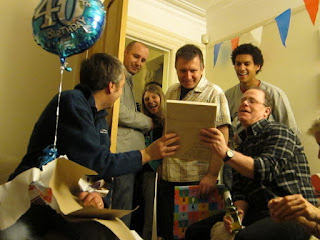 What they are looking at is this.... 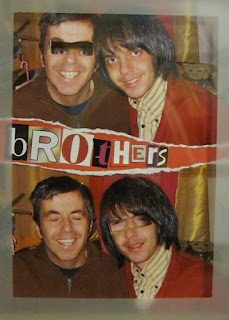 ...a picture made by Julie for Doug.  She took pictures of  him with his brother on a recent visit and thought it was funny that in both shots Doug's eyes were closed and his brother's were wide open.  So she evened them out by switching the eyes.  haha!  those crazy artsy folk :)  To be fair this is given to the man who introduced me to Trololo, Agadoo, and the Start Me Up official video so he can't really comment on quirkiness. 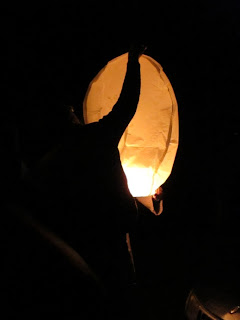 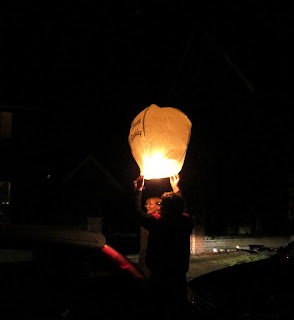 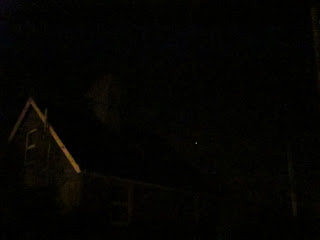 Above, Cathy and a friend of Doug (aka Dr. Fox because he is a doctor with the last name Fox.  For those non-English folks out there this is apparently quite entertaining for them so keep that in the repertoire if you need to have some pop-culture up your sleeve!) preparing the lantern for take-off.  It ascended unbelievably fast and stayed in our vision for ages.  That tiny tiny spec off to the right of the rooftop is the lantern. 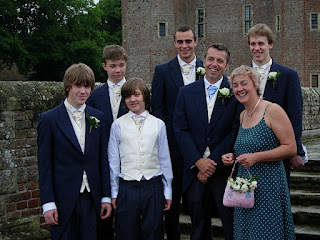 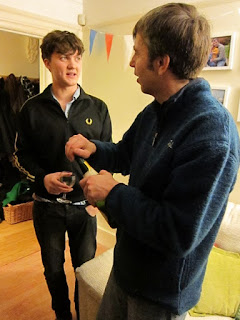 Looking for a way to feel old (despite being much younger than the birthday boy of course, sorry Doug)?  Spend an evening with the boy in black on the right knowing that he used to be the boy in white on the left.  Crazy stuff.

The next morning (aka today) Cathy, Doug and I went for a walk before going to Gill and Frank's for lunch.  The sun was out!  The air was fresh!  The breeze was invigorating!  I can't express how much a weekend with some of my favorite people combined with the sun, the mud, and the countryside recharged my mental batteries.  Thanks for having a birthday Doug!!! 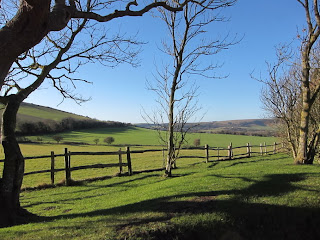 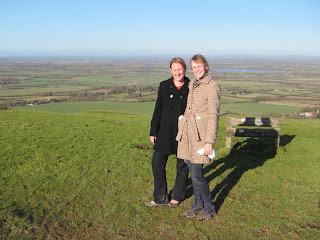 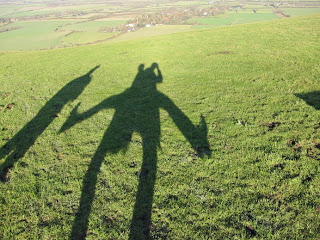 We have a picture of us doing this in Oregon back in 1998.  It isn't digitized, sadly, but I would love to find it and do a side by side shot to frame.  We've had some good times :) 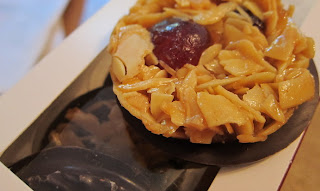 As Cathy put it, the most posh version of trail mix possible.  Pretty freakin amazing if you ask me!!! 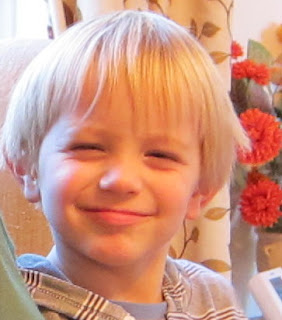 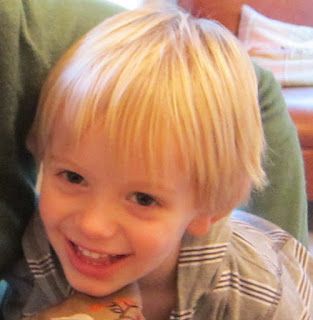 Why he insists on the first one being his photo smile when his real smile looks like the second we may never know.  Isn't he damn adorable though!  And for all you three year old American girls reading this....yes.....yes he does have an English accent.  Let the swooning begin! 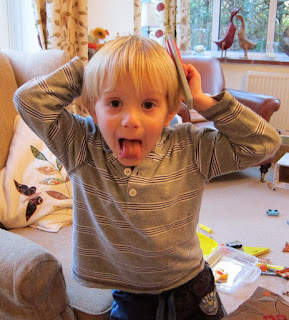 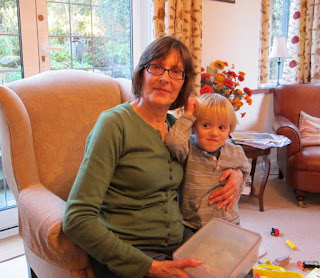 Perhaps I spoke too soon.  Maybe he isn't quite ready to sweep anyone off their feet. 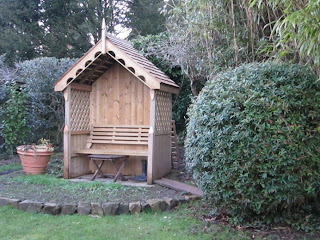 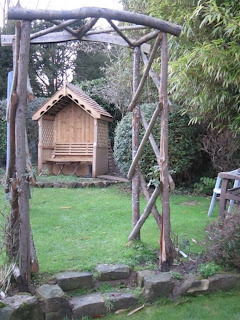 Last but not least are more photos of Gill's gorgeous garden. This is the newest addition, perfectly located in the spot with the day's first sunlight.  I don't know about you but I think this is heaven's idea of a morning tea-drinking, paper-reading nook.
at Monday, January 10, 2011