I wanted to share with you a few UK holiday traditions.  Mulled Wine and Mince Pies, and Crackers and Crowns were present at every Christmas party (and one day in the school cafeteria just for fun) and  Boxing Day was a sight to behold.  I know there are more I am forgetting in this post but I wanted to get it online as Christmas was over a week ago already.  I may come back and sneakily update it with more....

The first of the holiday traditions I was introduced to was mulled wine and mince pies.  You can't have one without the other.  Take the usual wassail, use red wine instead of apple juice, and Bob's your uncle (we're in England now, folks.  Getting alcohol into every tradition is, well, tradition!).  Mince pies are essentially single-serving, double-crust pies filled with a sweet fruit mixture that is made of spices and sugar and served hot from the oven.  The warm wine goes straight to your head and the hot pie goes straight to your heart.  The perfect combination for a cold winter night!  My flatmate has a friend who invited us over and made both of these tasty treats by hand.  These stand out as the best of the best for the entire holiday season (and believe me when I say I had many points of comparison). 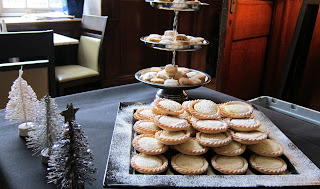 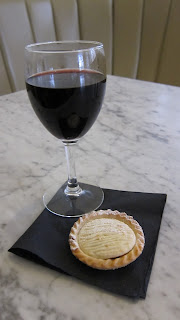 Another December duo worth mentioning is Christmas crackers and crowns.  Crackers basically look like a big piece of candy.  Two people pull the ends apart and a little CRACK happens when the cap-gun type strip in the middle is torn apart.  Each one contains three items: a small present, a Laffy Taffy quality joke, and a crown.  It may sound a little silly but there is something about these little babies that brings the kid out in everyone.  We all get excited to show each other our gift, share our terrible joke, and put on our way-cooler-than-burger-king crowns. 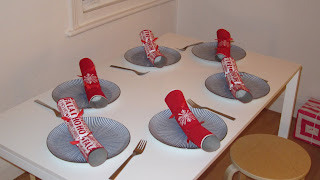 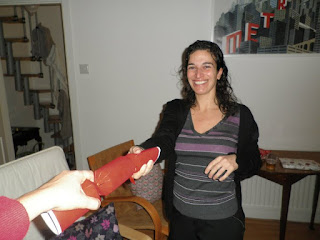 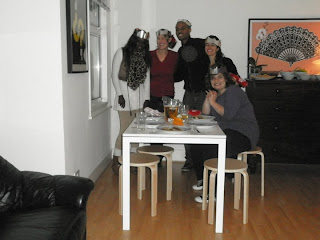 Ok ok, this isn't really a tradition but it's worth mentioning that the day after Christmas (a day where NO train, bus, or boat transportation services were running) there was a tube strike.  This made day two of the holiday season pretty difficult to navigate.  We found our way through though and went on a lovely walk around the city to recover from our taco binge on Christmas eve.

Modern tradition suggests shopping rather than giving.  Oxford street is absolutely jam-packed with people raking in Boxing Day bargains (though I use the word hesitatingly as it doesn't seem to me a bargain to risk your life or sanity for a dress at 50% off).  Take Black Friday, reduce the distance between normally far-flung stores to approximately two feet, throw in thousands of tourist, then transfer this image to a street as wide as SLC Main street (narrowing it further to remove Trax), and you might have a sense of this mayhem.  On our Boxing Day walk, Yafit and I felt like we had the city to ourselves and a big reason for it was this shopping frenzy.  We weren't anywhere near it that day and I am so glad.  I found myself catching a bus on Oxford Street on the 27th, not thinking about how mad it was.  These pictures really don't give you an idea at all but at least you can expand from here.