As I never actually posted on the one year mark, this seemed necessary to celebrate.  I will say I am slightly nervous as September and I have a tenuous friendship and as this is my 13th month perhaps that is a bad combo?  Or perhaps it means people will throw in an extra bagel after every twelve purchases I make this month!  Oh god please let it be cinnamon raisin slathered in strawberry shmear.

Also, this reminds me of the Festival of Britain.  This year is the 60th anniversary of the Festival.  Celebrations have been taking place on the Southbank since April and are ending tomorrow (damn!  I didn't realize that!  And I planned to study tomorrow.  Hmmmm).  The original Festival (May - October 1951) was aimed at promoting British recovery from the war, but also celebrated the 100th anniversary of the Great Exhibition which took place 1 May to 15 October 1851.  If the British can celebrate an anniversary of an anniversary, then I can celebrate the same for Britain.  If you haven't been able to follow any of this, don't worry.  Just go to sleep and Leo DiCaprio will explain it all. 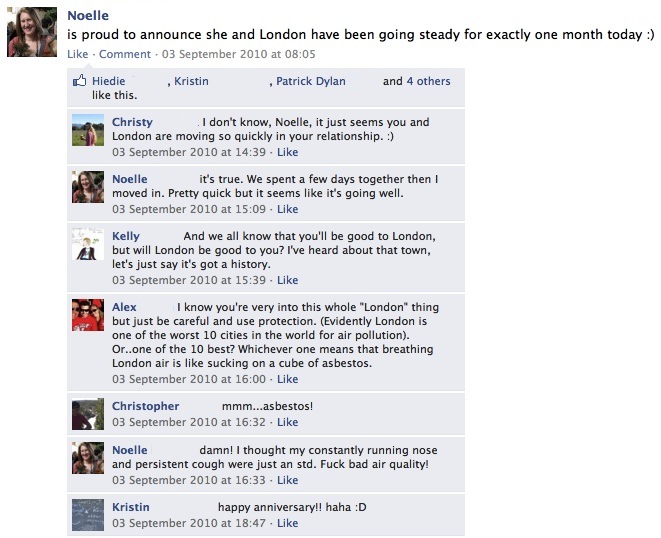 I promise not to post about the one year anniversary of my three month anniversary though. That's just going a bit too far.
at Saturday, September 03, 2011